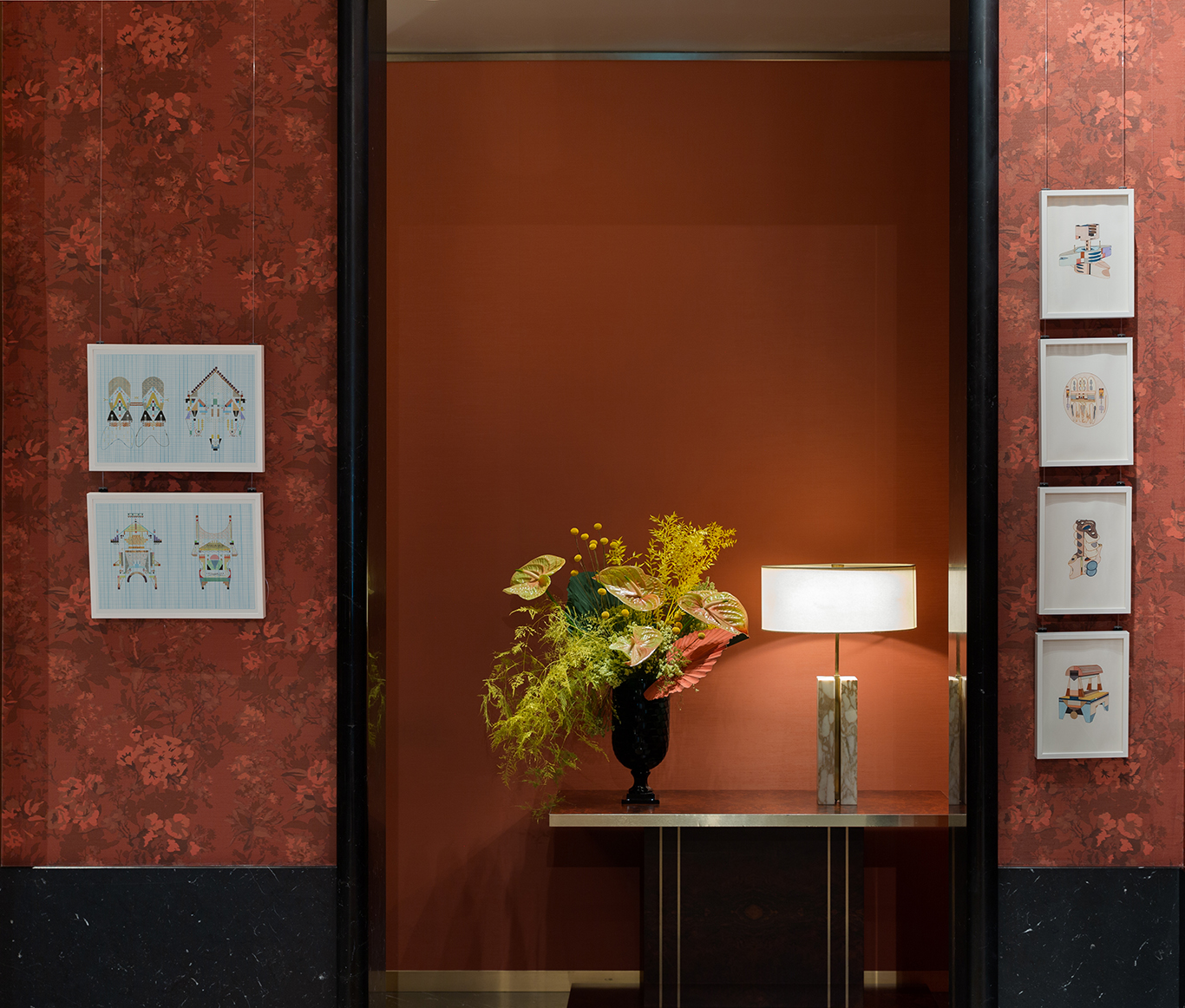 The Arts Club Dubai and Wedel Art are pleased to announce our summer group show, Geometric Bodies: regional and diaspora artists. Starting out with a desire to create a show celebrating Dubai’s excellent art community – featuring regional and diaspora artists from the mostly based Dubai galleries – the theme of geometric abstraction emerged organically among the range of works seen, and with great interest we leaned into it.

The rich history of geometric abstraction in the Middle East is well-known, reaching back to Islamic art of the medieval period that embraced complex mathematical patterns to create works of great beauty and erudition. Such works have since been highly influential on art movements around the world. For example, Vassily Kandinsky’s 1910 revelation after seeing an Islamic art exhibition in Munich eventually, through both his practice and essays, set off a path for non-objective art that shaped 20th century art history.

Today’s artists are working in a very different climate, balancing influences from the past with more pressing contemporary concerns. Maryam Hoseini’s paintings, for example, feature bodies abstracted and rendered architectural, investigating the political, social, and personal conditions of identity and gender while examining the concept of ruins, displacement, and fracture. Kamrooz Aram engages in a dialogue surrounding the differing, hierarchical ways in which art history has handled Western and Eastern artistic traditions, while Fahd
Burki creates non-narrative works that focus on the act of image-making, using
geometry and colour to question the boundaries of two-dimensionality. These and each of the other artists in the exhibition have their own distinctive ideas and aesthetic, joined by the loose thread of geometric ordering of the world that builds dialogues between them.

We are grateful to both the artists and galleries – from Dubai: Lawrie Shabibi, Green Art Gallery, Grey Noise, Carbon 12 and The Third Line; from Jeddah: Athr Gallery – who have worked with us to make this show possible. 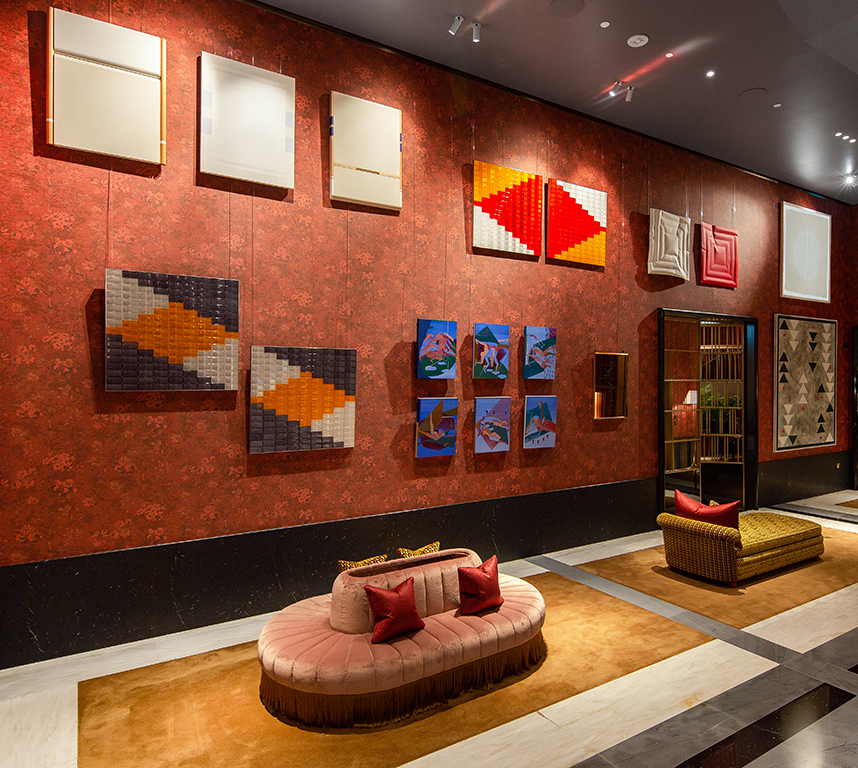 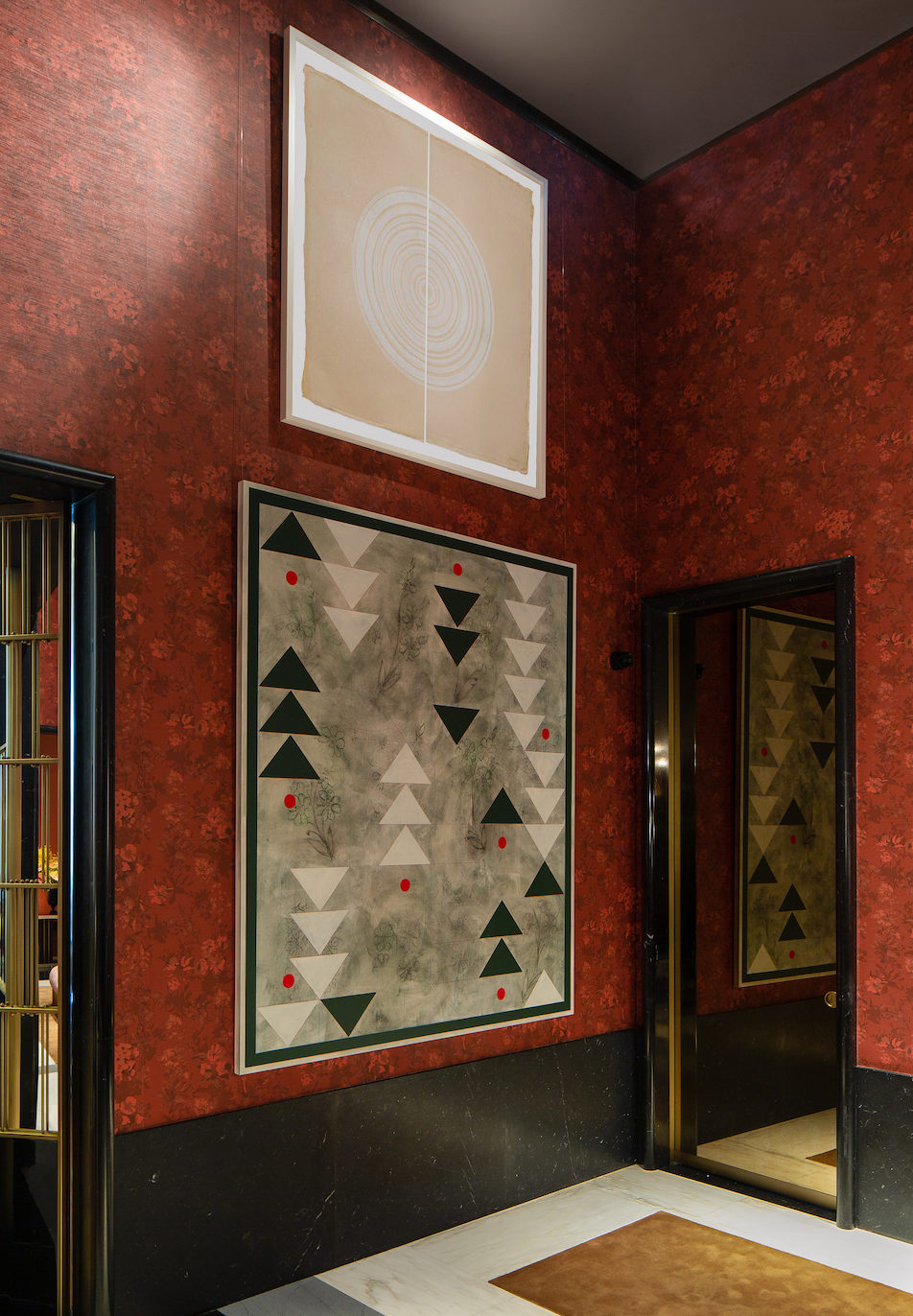 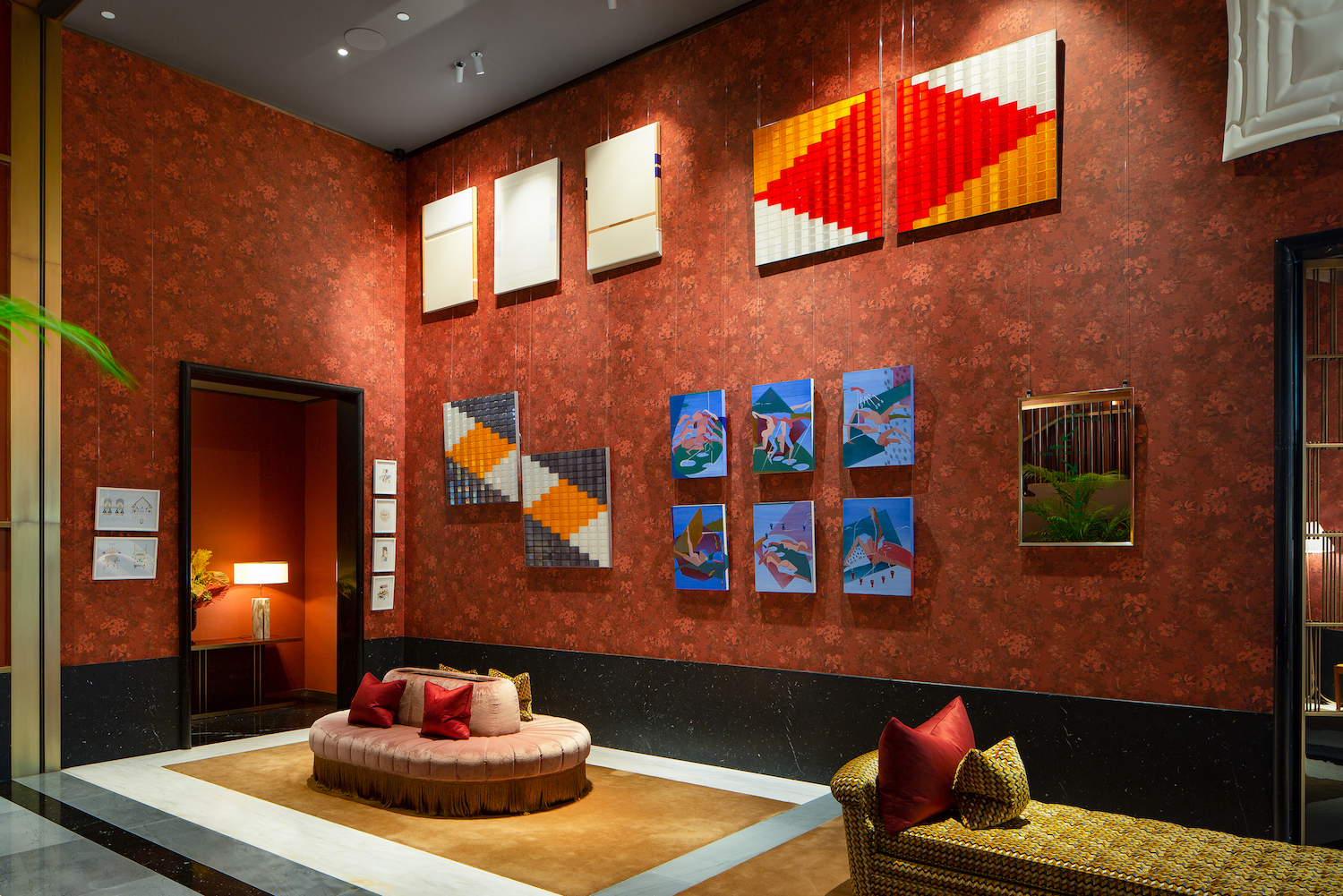