Akram Zaatari: The End of Love 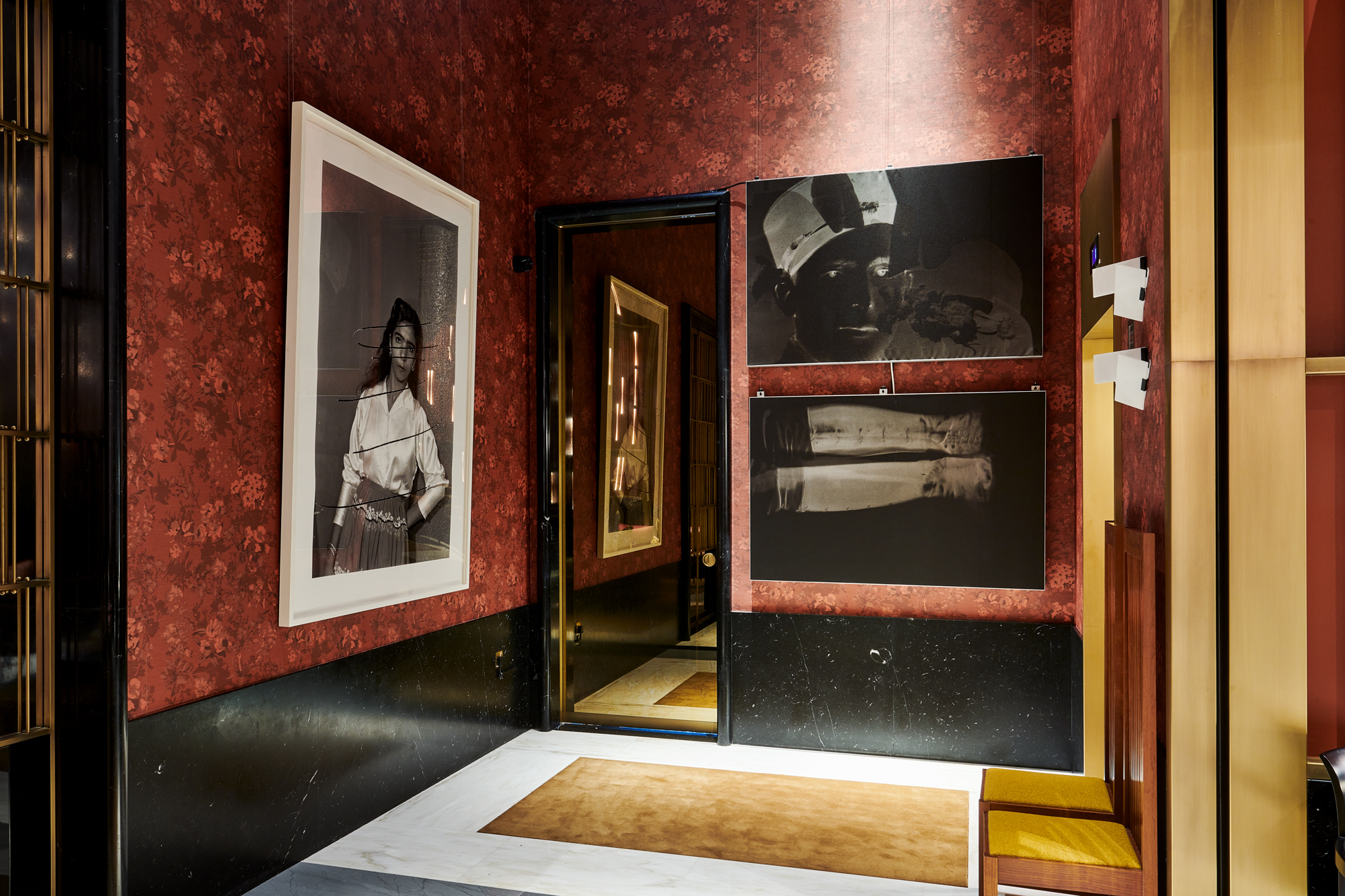 The Arts Club Dubai is thrilled to announce an exhibition of works by acclaimed Lebanese artist Akram Zaatari. The exhibition, the fifth in the Club’s ongoing programme, focuses in on several key motifs in Zaatari’s oeuvre, drawn from the historic archives of Middle Eastern commercial photographers.

Zaatari is co-founder of the ground-breaking and artist-driven Arab Image Foundation, dedicated to the study of archive and photography in the Arab world. His work pursues interconnected themes and practices related to excavation, political resistance, the lives of former militants, the legacy of an exhausted left, the circulation of images in times of war and the memories of lives lived.

In 1999 Zaatari began working with veteran Lebanese photographer Hashem El Madani (1928-2017), whose Studio Shehrazade was founded in 1953 in Saida, southern Lebanon. El Madani amassed over 500,000 images in his career, all taken in his theatrical studio. The End of Love, 2013, features 48 such photographs. Most capture newlywed couples, though some show friends or single figures. Highlighting the tension between individual sitters and the rituals of studio photography, poses and props recur across numerous photographs, but the images nonetheless reflect the particular personalities and relationships of the sitters. Dress is central to social identity; whilst pairs of men and women appear in matching suits or dresses, El Madani later recalled that he provided plastic flowers and white gloves for the wedding photographs, which were staged a week after the ceremony. Asked by Zaatari to define the photographer’s mission, El Madani responded: “A portrait has to make the subject beautiful”. The End of Love pays homage to this gesture, whilst also subtly alluding to the passing of the time, the collected images documenting an elusive moment in history.

The single, scratched portrait, Damaged Negatives: Scratched Portrait of Mrs Baqari’s Friend, 2012, belongs to the same series as a Zaatari work hanging in the library as part of our permanent collection, Damaged Negatives: Scratched Portrait of Mrs Baqari. They tell the tragic story of Mrs Baqari and her jealous husband. When he found out about his wife’s pictures, he threatened to destroy the shop and came in to demand the roll of film. Madani refused to hand it over. “In the end we agreed to scratch the negatives of his wife with a pin, and I did it in front of him.” However, life proved too hard for Mrs Baqari – she committed suicide. “Years later, after she burned herself to death to escape her misery, he came back to me asking for enlargements of those photographs,” says Madani. Her husband cried when he saw the pictures for the first time.

The exhibition is curated by Amelie von Wedel and Pernilla Holmes of Wedel Art. 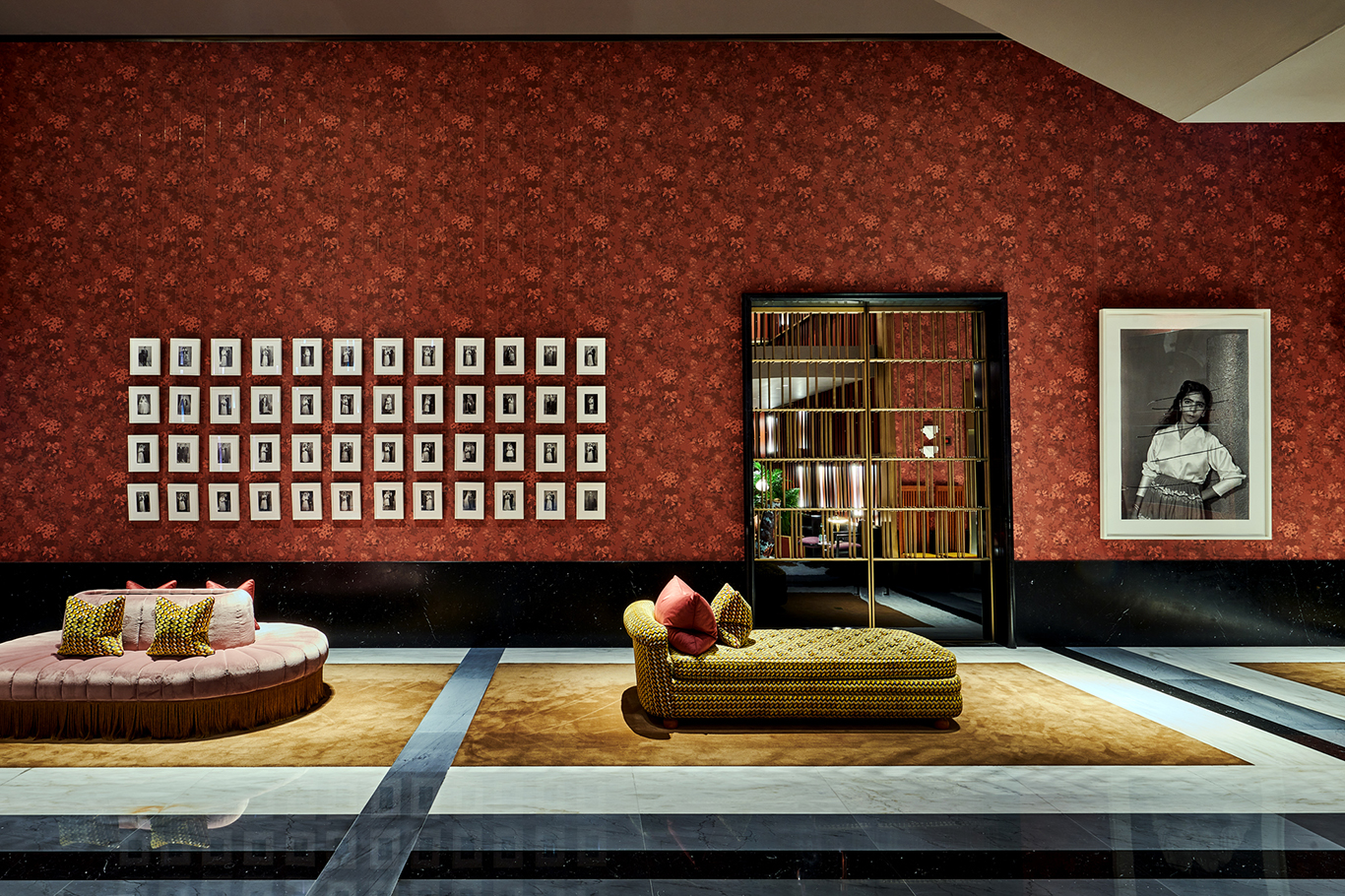